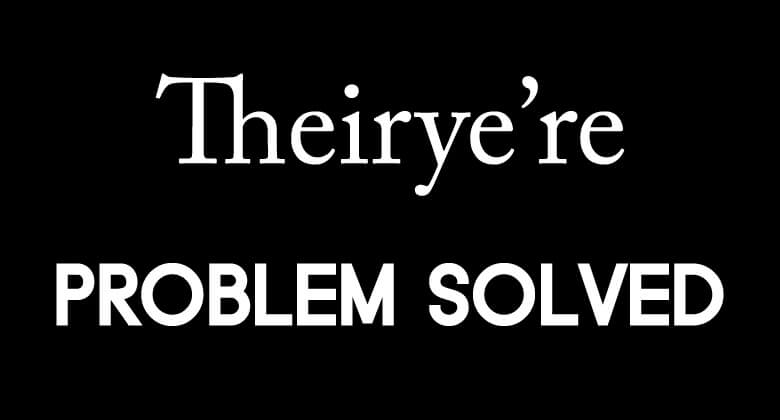 What happened to basic grammar? It’s now the year 2018, and I have observed a very steady decline in society’s ability to write simple, basic grammar over the past 10-15 years. I’m talking simple grammar… such as the ability to use the correct form of “your” or “you’re”, the ability to know which word to use when two words sound the same but have entirely different meanings, knowing the correct use of apostrophes, using the correct “tense” of words, and not using double negatives.

DISCLAIMER: I am not a grammar god. I do not know all the English grammar rules at all. In fact, this post probably has plenty of grammar mistakes. However, very simple grammar should not be as bad as it is today.

I never fully learned how to properly use "who" or "whom", I probably end sentences with prepositions more than I should, and I like to use ellipses in sentences when they're probably not even appropriate... like this! Hell, I don't even consider myself a good writer. However, that's not what I'm complaining about. It worries me that way too many people in society don't even have a grasp of basic grammar anymore.

"I am happy to announce that I have finally excepted a position at [hospital name here] in the ER!" was a post I just recently saw on social media. *sigh* Excepted? I suppose it's a good thing people don't need someone to know correct grammar to take care of them... I mean come on. I'm not saying that these grammar mistakes were made on a resumé or anything, but if I were a manager hiring someone and saw a grammar mistake as simple as something like that on a resumé, they'd be thrown out right away. In my mind, knowing basic grammar shows intelligence, and in this day and age there doesn't appear to be a whole lot of intelligence left.

The concern is in all the different writing out there in the world today, especially on social media. The social media sites have become a convoluted mess as far as basic English grammar goes. Something that tends to actually entertain me is when there are two people having an argument back and forth through their computers on a website, and someone calls the other person out for being "dumb" or "stupid" by saying something along the lines of "your dumb" or "your stupid". Ha! My dumb what? I'm telling you, even something as simple as knowing the difference between "your" and "you're" can make you look a lot smarter than the average Joe these days. Am I the only one who, when I see someone use the incorrect form of a word such as "your", automatically assumes my IQ is higher than that person? 😀

I think perhaps my biggest concern with this whole matter is that people who are studying the English language in a different country, or people who come here from a different country and learn English know how to write English better than most Americans, especially when it comes to grammar. It's sad, but it is entirely true. Many Americans grow up their entire lives learning and speaking English, and here we are with a large percentage of people who can barely even write that one language correctly. It doesn't matter if they're 16 or if they're 60. I've seen all sorts of people do it. There are plenty of people who live in America who are bilingual, and even more people who live outside of America who know at least 2 languages. Not only do they know 2 or more languages, they can speak and write 2 languages very well. Then there is the rest of America... who knows English... somewhat. Saying they know English is even a stretch since most people can't write basic grammar correctly. So, that is where my concern lies with this whole thing. Although it may sound funny when I poke fun at it, it is something I am genuinely concerned about for our younger generation especially growing up and how they are going to speak and write.

How did it all begin?

Well, I'm no expert on the matter, but I feel like this steady degradation of correct grammar use began around the time instant messaging and texting started to become popular. I'm going to mostly focus on texting, though, and when it started becoming popular. I'm talking around the year 2000 and beyond. R U w/me? Texting became the new thing. Everyone got their new phones with the classic T9 word texting ability, and it was wonderful! We could send text to each other through devices. People were saying all the useless things they could think of to another person in as few characters as possible. They had to say it in as few characters as possible... Why? Because texts were limited to a certain amount of characters! Not to mention the texting plans you were on. "Make sure our family doesn't send more than 50 texts combined this month, or we'll be paying a quarter per text after that!" In fact, most phones will still show a 160 character limit per text to this day, but luckily with MMS (Multimedia Messaging Service), we are able to go past that limit and send bigger "chunks" of text at a time.

Anyway, the point I'm trying to make here is that I believe basic correct grammar use started to get abused with instant messaging and basic texting. You became 'u', your/you're became 'ur', to/too/two became '2', for/four became '4', and so on and so forth. Every word became shortened up in any way possible because it saved space in your text, and that just became the "lingo" whether you were texting, instant messaging, or emailing a friend. g2g ttyl bye

Why is it still bad and getting worse?

Fast forward 18 years from the year 2000 and here we are today, the year 2018... and grammar is as bad as it ever has been. It's just awful. This whole bad grammar thing is like a slow-moving disease that is expanding, creeping through the crevices, affecting more people than ever now. Its bad effects just seem to rub off on other people, who then slowly but surely succumb to the Bad Grammar Disease. Believe me, you don't want to get infected by this nasty virus because by my observations, once you have been overtaken by the disease, it's nearly impossible to get people to write correctly again. *screams* Sounds like a great plot to a horror movie - let's do it.

So, why then, is it still bad and getting worse? I blame social media. Facebook. Twitter. Etc. Facebook and the Twittersphere are honestly filled with so much crap that they're just making us more dumb. Seriously. There is hardly ever anything that is intellectually stimulating shared on Facebook or Twitter... just a bunch of useless, pointless pictures, words, and videos. We've basically become these vegetables that stare at our phones all day with drool coming out of our mouths scrolling through Facebook and Twitter while our brains turn to mush. Not only that, but what do we see and read all day long as we scroll through our feeds? Yes, that's right, a bunch of people posting statuses or pictures with bad grammar written on them... memes anyone?

Ahh yes, memes. I remember when memes became a thing. Memes can be classified as "a humorous image, video, piece of text, etc. that is copied and spread rapidly by Internet users". They were funny, the new hype. In fact, they still are. But they have taken on all sorts of variations including pictures that only have words shown on them. My Facebook feed has been overtaken by these things. I would say that 50% of the posts on my feed are memes or what I like to call "meme videos" which is basically just a vine (short video) with a caption written around it. That's all Facebook is anymore. I'm not saying that these things aren't entertaining, because they are. If they weren't entertaining, these things wouldn't be so popular and blowing up news feeds. My problem with them is the horrible grammar and use of words on the memes themselves. If all these things continually have bad grammar and spelling mistakes on them, people (especially younger people who generally use social media more) are probably going to adopt that at some point. It may not be in a day, or even a year, but it seems to finally take over. Even 5 years ago, I feel like there were so many more people using good grammar. Now, today, using correct basic English grammar seems to be a thing of the past for many.

How easy is it to get it right?

Very easy. Knowing and being able to write simple grammar is extremely simple which I guess is one of the main reasons I am beyond confused as to why so many people can't get it right. If people at least went to high school, I know they learned these things because they are etched into your memory by your teachers. Also, these rules apply to every paper your write throughout high school and college (if you went or go to college). So, how did that work? Do they actually know proper grammar and use it on their papers, but once the paper is done, all that goes flying out the window? Or were their papers unreadable after being reviewed because there were so many mistakes corrected with a red pen? I just don't get it. In fact, if you struggle with basic grammar (which in my observation is a lot of people), or even if you just want a refresher, I made a nice, easy-to-read simple chart below that is taken from one of my favorite memes. It normally has a few choice words in there, too, but I'll leave those out 🙂

Here are some funny and helpful tips to help out your grammar skills:

All in all, I wrote this post mostly because I had to vent a bit. I'm nowhere near perfect when it comes to grammar, and I certainly do not know every single English grammar rule by any means. I do not wish to start any arguments or be ratted out for the many grammar mistakes this post probably has. However, I do think that society needs to begin pushing the use of correct grammar more again. It never used to be a big problem, but I have observed a steady decline in the use of correct English grammar in the past 10-15 years, and I don't believe I'm the only one out there that would say that. Is it the end of the world if people use incorrect grammar as long as people know what they're talking about? No, it's not. However, you're going to look much more intelligent than the other guy if you use correct grammar. This can help for a job, in any writing you do, blogging, communicating electronically with people, and much more. Just spend a little bit of time, refresh your brain, learn correct basic English grammar, and start using it again. You'll be doing yourself and everyone else a favor!

What are your thoughts? Does bad grammar drive you as crazy as it does for me?

Have a question or want to chat?

10 Reasons Why an Android Phone is Better Than an iPhone

5 Gadgets that Implement the Latest Tech

5 Reasons Why You Should Start Playing Pokémon Go